Inkreible is a dream come true by two brothers, Joan and Francesc Corral, but like everything, has a story we want to share with you. 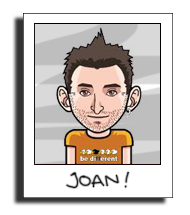 I started to make a little hole in the T-shirt market thanks to my particular drawing style, creating my own Kruskis brand. Present on the net since 2010 with diving and fishing designs, I became known in the circles for which I moved and later, with Catalan theme t-shirts and thanks to some appearances on the radio, the Kruskis brand was already beginning to be in the mouth of many people.
my designs stand out for their unique drawing style, fun and unraveled. 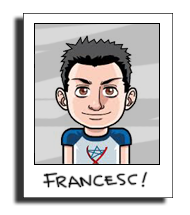 Following the trail of my brother and given my hobby to the video games, I decided to try luck with designs on these. To avoid mixing my designs with yours, I created a separate catalogue, but by copyright issues I had to abandon the idea of video games and dedicate myself to more general theme t-shirts.

With an urban and vindictive style, I always try to be up to date with the trendy themes on the street and on the network and although my designs stand out for being more slogans or phrases than drawings drawn, they have managed to make a place in the busy world of the theme t-shirt.

Each brother did the same thing, but each one on his side and using an external company, which greatly increased the product and left us very little room. Everything changed the day we asked the question : And why not?
America for a long time by hobbies and circle of friends in common, our compenetration grew day by day and after working in the same company for years and verifying that we were compatible, the fact of setting up a joint venture did not seem crazy.
After thinking and researching and studying a lot of how we can make our own shirts, we decided and embarked on a long, sinuous journey that would lead us to where we are now.
Once the decision was made, it was up to talk to distributors, look at a thousand and prices and possibilities and start thinking that we wanted to offer customers and how to do it.

At the end of February 2013 our first and expected machinery arrived. We had just bet everything on a letter, spending all the savings on a DTG printer, a sublimation printer and a couple of plates, but everything didn't end here, we had to have a fixed stock of t-shirts, with which without realizing we invested much more than expected and we still didn't have the web running.
Thanks to Joan's computer knowledge, the website began to be a reality at the end of March 2013 , but it is done with the name of the company GEKKO WEAR , a slightly complicated name to remember, so we were 3 days in a row and without rest looking for an easy name to remember , that was suitable in Spanish and Catalan and that had something to do with the activity of the company .
After leaving us many neurons and hours on the road, the inspiration came almost unintentionally, and from there came the name INKREIBLE, a name that from the first moment convinced us and liked everyone.
in August 2013 the web was already fully operational, with more than 11800 references and more than 150 different designs, but there were still many improvements, descriptions, positioning, products and outstanding changes that would cost us and still cost us many hours of sleep and headaches.
Since the day of birth, this company has fed our time and sweat, but especially Joan's knowledge, if not for him, this company would not be what it is.

As we have commented before, before we set up the company we were studying and meditating on many options, and it is that in the world of customization of t-shirts there are countless options.
Serigraphy with lacquers or plasticol, aluminum or wood screens, vinyls ... so many ways to stamp the shirts and so different, but what to choose?
The best known and economical is that of stamping t-shirts with vinyls. We only need a plotter, a cutting plotter and an iron. It was very interesting given the low initial investment , its simplicity and the possibilities of fabrics it offers , but the finished cartonated , the problems with the thin lines and the fact that it admits few colors (only flat colors and does not admit degraded ), made us discard this technique .
The following technique in which we thought was the screenprint , with a wide catalogue of colors . After researching a little more we saw that creating the designs for screen printing is a somewhat complex process . In addition, having to create the screens implies that to make it profitable, the pull of t-shirts with the same design should be long, which we were not interested in.

Finally and after reading a lot, we found the solution that best suited our demands and possibilities. It was the DTG technique ( Direct To Garment ) or what is the same, direct digital print on the t-shirt, less known and more expensive, but really interesting.
This process is perhaps the least known, but it allows full color impressions, with photographic and degraded finishes and without minimal spin.
The price of the machinery is much higher than that of the other techniques, which increases the final product, but without this increase being exaggerated and with a unique and high quality finish, just what we were looking for. It also allows you to make the same price for single unit strips, of ten or twenty, which is very interesting for the final customer.
The only drawback is that it can only be made on cotton pieces, because we decided to expand our investment and make ourselves with a team to subtract, so we also covered the pieces of polyester or polyamide. 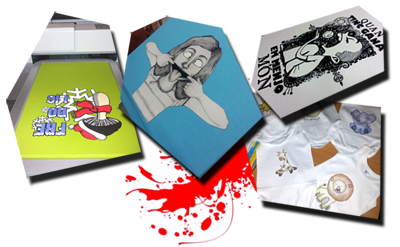